The Tropicana and Chateau Sera are two 30 unit student housing complexes located within a few blocks of the University of Southern California main campus. Both properties are currently 100% leased for the  2014-15 school year with monthly rents ranging from $1250-$1450.

In 2013 and 2014, Nelson Brothers renovated unit interiors at both Tropicana and Chateau Sera.

Post-renovated units were able to draw a 30% rental rate increase. Currently 51 of the 60 units have been renovated. Plans are to potentially boost current income and property value by finalizing improvements on the last units by the end of 2015.

Target Strategy
Nelson Brothers believes there may be five key advantages that help distinguish the Chateau Sera DST as an unique investment opportunity. The target goal is to  capitalize on these components to potentially offer a balance of high occupancy, monthly cash flow, tax efficiency and long-term growth – all while leveraging the historical stability of USC.

First, the properties are located near a major, highly renowned university in the heart of a major US city. A city known for historically strong real estate values. Second, both properties boatswain excellent track record of high occupancy with no vacancies over the last three years under NB management. Third, there is modest value-added potential as NB aims to continue raising rents by completing interior unit renovations. Given the proximity to campus and the comparative affordability of the units, the properties have resonated well with international graduate students, a group NB believes to be one of the faster growing segments within the USC student population.

Tropicana is a charming three story building with 30 unique apartments. The buildings exterior was completely remodeled in 2004 and NBPRE recently completed the full interior renovations. Both Studio and one bedroom units offer full size kitchens with new cabinetry, appliances, flooring, countertops and paint. This building is located on the corner of 29th Street and Orchard, just one block north of campus.

Chateau Sera is a three story building with 30 unique apartments with Spanish style architecture. Sera was originally built as a single family mansion and later converted to feature dozens of luxury apartments in 1989. Both the studio and one bedroom apartments offer full kitchens, fully renovated to have a modern, contemporary look, with all new appliances and finishes. The property is located on Scarff street, west of USC and about 12 minutes walking distance to  campus. Sera has primarily targeted graduate students who prefer living on their own. Scarff street is home to several historical mansions and cultural land marks. 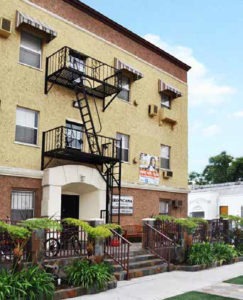 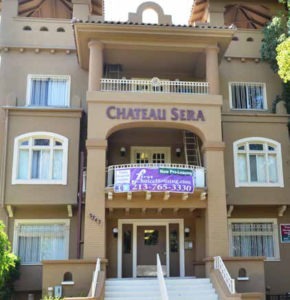 Los Angeles is the 2nd largest city in the U.S. with a population of over 3 million people. The city has a great history of growing demand for housing, increased rental rates and real estate appreciation driven by 23 consecutive decades of population incline. Anchoring the steady population growth is LA’s sunny, sub-
Mediterranean climate, a variety of unique and appealing landmarks and a diverse economy ranging from international trade to entertainment, television, motion pictures, video games, recorded music, aerospace,  technology, petroleum, fashion, apparel, and tourism. Only 14 nations have a higher annual
GDP than the greater Los Angeles MSA. 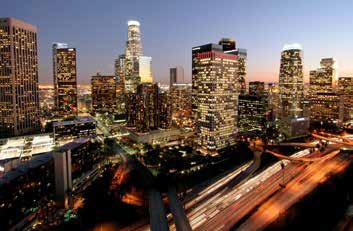 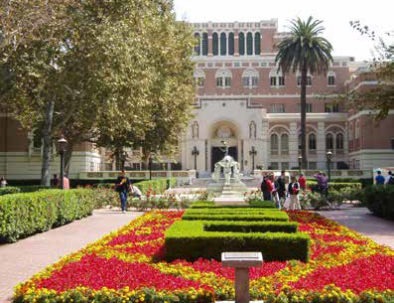 CLIENT DRIVEN
We strive to provide exceptional service and personal care from an experienced team of professionals.

PROVEN EXPERTISE & MANAGEMENT
We perform high-level on-going due diligence on every property we’re involved in and have over 1,200 investors in our 1031 exchange programs.