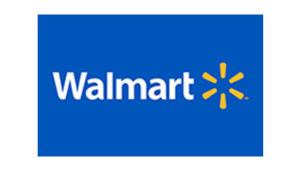 Wal-Mart Stores, Inc. is an American multinational retail corporation that runs chains of a large discount department store and warehouse stores. Walmart was founded in 1962 and is currently headquartered in Bentonville, Arkansas. Walmart is the largest retailer in the world with nearly 260 million customers visiting their more than 11,500 stores under 65 banners in 28 countries and e-commerce sites in 11 countries each week. Walmart has claimed the #1 spot on the Fortune Global 500 list for back-to-back years. Walmart is also the largest private employer in the world with over 2 million employees worldwide – 1.4 million in the U.S. alone. Additionally, Walmart is the largest grocery retailer in the U.S. Wal-Mat Stores, Inc. Walmart remains a family-owned business, as the company is controlled by the Walton family, who own over 50 percent of Walmart through their holding company, Walton Enterprises. The company operates through three segments: Walmart U.S., Walmart International, and Sam’s Club.

It boasts an impressive investment grade rating of AA from Standard and Poor’s and long-term rating of Aa2 from Moody’s.