The Property is located in the heart of South Orlando’s booming I-4 corridor. Its new, modern, garden-style construction
showcases a top-of-the-market amentiy package in a high visibility location. The Property’s high-end finishes cater to an
affluent resident base drawn by the access to over 140,000 jobs within a five-mile radius, including Disney, Seaworld,
and the Orange County convention center. 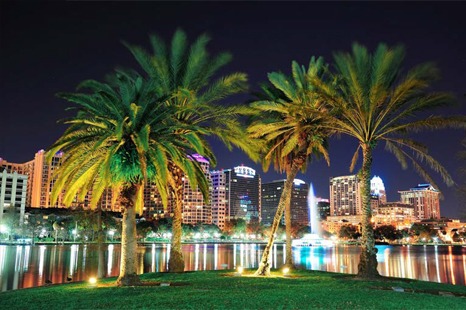 Bluerock Value Exchange, LLC (“BVEX”) will seek to add value to the Property through the implementation of the following items (further detailed in the“Business Plan” section of the Memorandum) 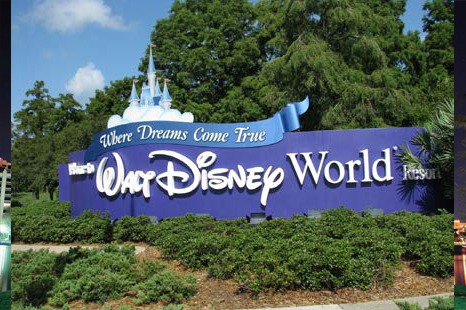 Orlando Metro’s trailing 12 month 4.6% employment growth rate was triple the national average through February 2018 and its 3.4% unemployment rate is well below the national 4.4% rate. These indicators speak to the region’s ability to attract new talent from elsewhere in the United States and abroad. The Metro’s fastest growing industries during the last year have been education and health services, construction, and trade. The leisure and hospitality sector, Orlando Metro’s largest, grew 8.6% and added the most jobs of any single category (22,000).

According to the Appraisal, “Orlando is one of the fastest growing metros in the nation and has seen job growth over twice the national average since 2014. The healthy labor market has contributed to both strong recent demand and an increase in younger renters. Furthermore, the University of Central Florida provides a steady stream of renters to much of the metro, particularly the Southeast Submarket. As the second largest university in the country by enrollment (more than 65,000), it houses only about 20% of its students, leaving plenty of renters looking for additional housing.”

Tourism also plays a vital role in Orlando’s economy. Orlando Metro is one of the
world’s premier travel destinations with more than 68 million annual visitors, an all time record for the U.S. travel industry, solidifying Orlando Metro’s position as the most visited destination in the nation. Many new theme parks are delivering soon and in the pipeline further bolstering Orlando’s future tourism prospects.

To accommodate the growth and visitor traffic, large infrastructure improvements are in process including:

1. The I-4 Ultimate Improvement Project – a 21-mile makeover spanning multiple Counties’ widening existing roads, reconstruction of interchanges, and adding Sunrail connections. The I-4 corridor, which runs northeast to Daytona and southwest to Tampa, continues to draw large migration and major demand into the area. 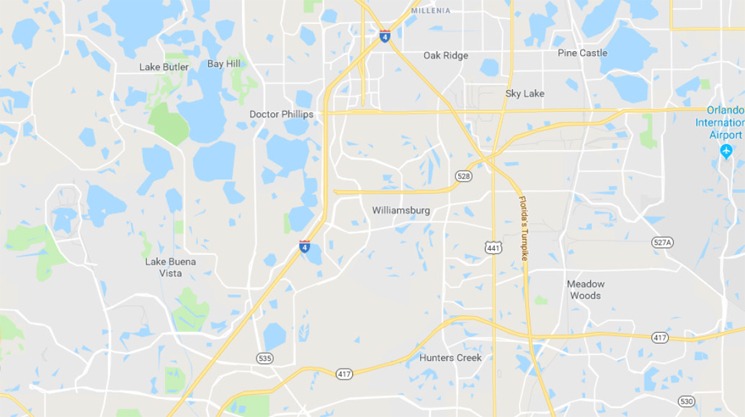 The Property is located in south Orlando, along Interstate 4, near Seaworld. In addition to its proximity to tourist attractions including Seaworld, Disney, Discovery Cove, and Universal Resort Orlando, the Property is also within close proximity to the South Orlando Commercial Core featuring major employers such as Lockheed Martin, Darden Corporate Headquarters, Tupperware Brands, and Whirlpool. The Orange County Convention Center is also located approximately two miles from the Property. The Property’s central location also makes it accessible to Orlando’s largest employment centers, within an approximate 20-minute drive to downtown Orlando, Lake Nona Medical City (a master-planned community of life science companies), and Neocity, a 500-acre technology campus.

The Property is also located approximately one mile from the Dr. Phillips community, an area named after Dr. Phillip Phillips, a Central Florida
citrus pioneer. Some of the thousands of acres of orange groves he once owned comprise the present day mixed-use enclave consisting of homes, public schools, a Center for the Performing Arts, Restaurant Row (dining district with more than 60 restaurants), and the Dr. P. Phillips Hospital with more than 12,000 admissions and 80,000 emergency department visits annually. The community sits amid a chain of small lakes with ample recreation opportunities. Home prices tend to be higher in the community with a median list price of $182 per square foot vs. the Orlando average of $139 per square foot, reflecting its desirability. Neighborhood Scout reports that Doctor Phillips is among the 15% highest income neighborhoods in America. 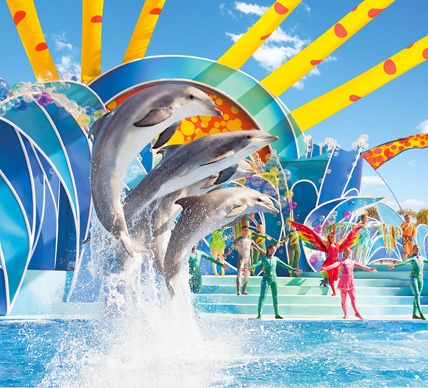 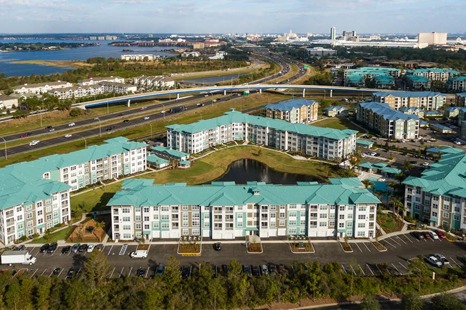 The “Millennial Generation”, at more than 86 million and already exceeding that of the “Baby Boomers” at similar ages, is expected to
increase over the next 20 years as immigration (typically of young adults) continues to increase.

Although they are only now beginning to live on their own, “Millennials” will likely form even more households than the “Gen-Xers” and
the “Baby Boomers”. In fact, according to a recent study by the National Multifamily Housing Council (“NMHC”), the United States is projected to add 4.6 million new renter households by 2030.

BVEX is a national sponsor of syndicated 1031 exchange offerings with a focus on Class A assets that can deliver stable cash flows and have the potential
for value creation. BVEX is an affiliate of Bluerock Real Estate, L.L.C., a private equity real estate investment firm that sponsors a portfolio currently exceeding
25 million square feet of primarily apartment and office real estate, including approximately $1.1 billion in total property value and over 7.5 million square
feet of property. Bluerock’s senior management team has an average of over 25 years investing experience, has been involved with acquiring over 35 million
square feet of real estate worth approximately $10 billion, and has helped launch leading real estate private and public company platforms.